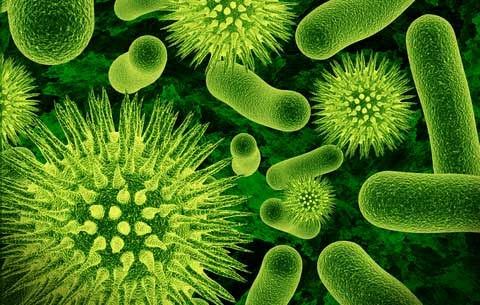 With all the advancements of modern Stomatology, along with a deeper understanding of the mouth as a whole, and the functions and actions of its microbiota, more and more people are turning to alternative cleansing techniques to maintain their level of oral hygiene. One need only look back a few years to find nearly every brand of toothpaste was fluoridated and organic toothpaste (unless homemade) was non-existent

As the actions played by microbiota of the mouth becomes more mainstream, yet again people find themselves trying out and embracing age-old techniques that are ever increasing in popularity, and which seem to be finding a solid footing in modern science.

This blog is going to deal with one practice (backed by numerous studies) is called tongue scraping or Jihwa Prakshalana.

Tongue scraping, as the name indicates, is the simple practice of scraping the tongue before cleaning your mouth. Studies have shown that this simple technique has multiple benefits

Its vastly decreases harmful bacteria which collects in the mouth and can seriously decrease the oral health of teeth, gums. (I)
It creates the reduction of volatile sulfur compounds (VSC), which are by-products of mouth bacteria associated with halitosis (II)
The sensation of taste is improved by the reduction of the tongue coating. (III)
It stimulates and facilitates changes to the mouth environment and leads to the to the reduction of putrefaction and decrease bacterial load. (III)

One of the Ayurvedic texts, the Charaka Samhita, traditionally indicates that tongue scrapers could be made from gold, silver, brass, tin or copper, all of which were metals that were both available and workable in ancient times.

Toxins called ama would collect on the back of the tongue, which could result in the cause of obstructions in respiration and halitosis. (IIIII)

When certain bacteria compounds on both the tongue and in the oral cavity they cause certain catabolic actions to the proteins of the mouth, and volatile compounds made of sulfur (VSCs) are released. Their direct result is bad breath. Studies conducted on the benefits of tongue scraping have confirmed it to be an effective way to reduce these sulfur compounds. In fact, one particular study shows tongue scraping greatly outperforms tooth brushing to accomplish this. (II)

Why the choice of Copper?

While both silver and gold were made use of in the past to create tongue scrapers, new research on copper and its health benefits would make a copper tongue scraper hard to beat in terms of hygiene. As a metal with bacteria-resistant properties, Copper has been used for centuries, with new studies are confirming these ancient practices. (IIII)

Copper may be the best metal to be used for tongue scraping because the mouth is loaded with both good and not-so-good bacteria. Copper not only also provides important enzymes that are needed for healthy microbes in the mouth to survive, but seems to be toxic to the bad bacteria in the mouth. (IIIII)

In one clinical study, the antiseptic benefits of copper were so profound, that when placed in hospital rooms as furnishings, the overall bacteria count on all of the surfaces in the rooms was significantly impacted. (IIIII)

Beyond the benefits of oral hygiene, after tongue scraping, brushing, and flossing the teeth, if one drinks a large glass of warm water it kick-starts the digestive process. By stimulating the taste buds with tongue scraping, not only is the tongue better able to perceive tastes and digest foods (3), but a surprising side effect is that this taste bud-activation also engages the lower intestines to initiate a complete bowel elimination first thing in the morning.

A copper tongue scraper not only offers great oral hygiene benefits while scraping the tongue but additionally will also resist bacterial accumulation while not in use – results that last and last!

How to Scrape your Tongue

The best time to scrape your tongue, is the very first thing in the morning, as soon as you awake

Make it the first thing you do, Even if you wake up in the middle of the night, scraping the tongue followed by a glass of water before going back to bed, can reduce accumulating digestive ama (toxins). When you scrape your tongue, keep it relaxed, and using your U shaped tongue scraper, gently reach to the back of the tongue and scrape the tongue from back to front. Repeat the process five to ten times, reaching as far back as possibly comfortable, and rinsing the scraper after each pass.
If you experience a slight gag reaction, don’t be discouraged,   if it’s on your first few attempts it actually releases ama and mucus from the back of the throat.

Once the scraping is complete, brush with a fluoride -free toothpaste.